Monolith vs Microservice in Rails Applications

If you are interested in Ruby on Rails web development, you have probably had at least one person ask you if you prefer monolith or microservice architecture.

If you are interested in Ruby on Rails web development, you have probably had at least one person ask you if you prefer monolith or microservice architecture. After all, its hard to talk about Ruby on Rails without this debate coming up. While you can create beautiful, functional applications with either option, it is important to look closely at the two so you can pick the one that is right for your needs. 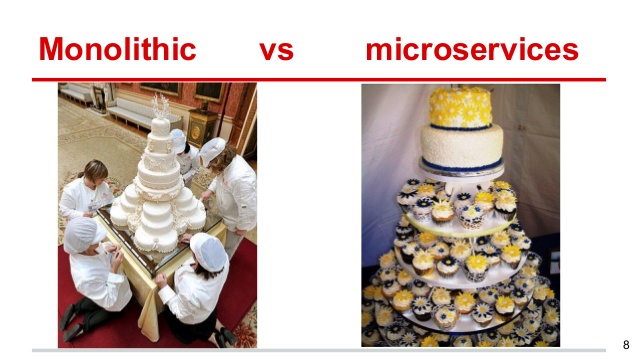 Monolithic architecture is the setup used for traditional server-side systems. The entire system’s function is based on a single process. The process replicates across various servers.

This type of system comes with various advantages. First, it is faster to develop. You can create an application with basic features and then scale up over time. It’s important to note that you have to scale up the entire app, though, and to just a single process.

At the same time, it is simple to test and debug, making it even easier for you to publish your app without any problems.

There are some drawbacks as well, though. Maintaining monolithic applications can be challenging if they are not formed properly. Because monolithic applications have the reputation for tightly coupling processes, this means that making a single change can have a domino effect and cause a number of issues in different parts of the codebase.

While monolithic architecture puts all of the functions into a single process, microservice applications break those processes up. You can build various services inside of the application. Each can be tested and developed individually. Once the app is up and running, the services will run separate processes inside of it.

One of the biggest benefits of microservices is their ability to scale up. You can scale up individual components instead of scaling up the app as a whole. It is also more straightforward to test microservices. You can test the various components and isolate the problem quickly and easily. That allows you to find a prompt solution.

Also, if a component fails, your entire system doesn’t have to fail. If you create your system where each component can function without the other components, your system won’t crash just because a single feature does.

Have you ever had a time where Facebook worked fine but you couldn't send a message? That's what happens when there is a glitch with the Facebook message sending microservice. It doesn't bring the entire system down, it simply limits the features available.

Of course, there are some drawbacks to microservices as well. Building an app with microservices can be a time-consuming process. You have to configure each service, which is anything but quick. You may also face some compatibility issues between your services when you update individual components

In summary, both architecture types work for Rails development. Instead of trying to make a universal decision about what type of use, instead decide which one you should use for the specific application that you're working on. By taking this approach you can use the right system at the right time.